Ursula Le Guin’s The Dispossessed: A Requiem for Freedom 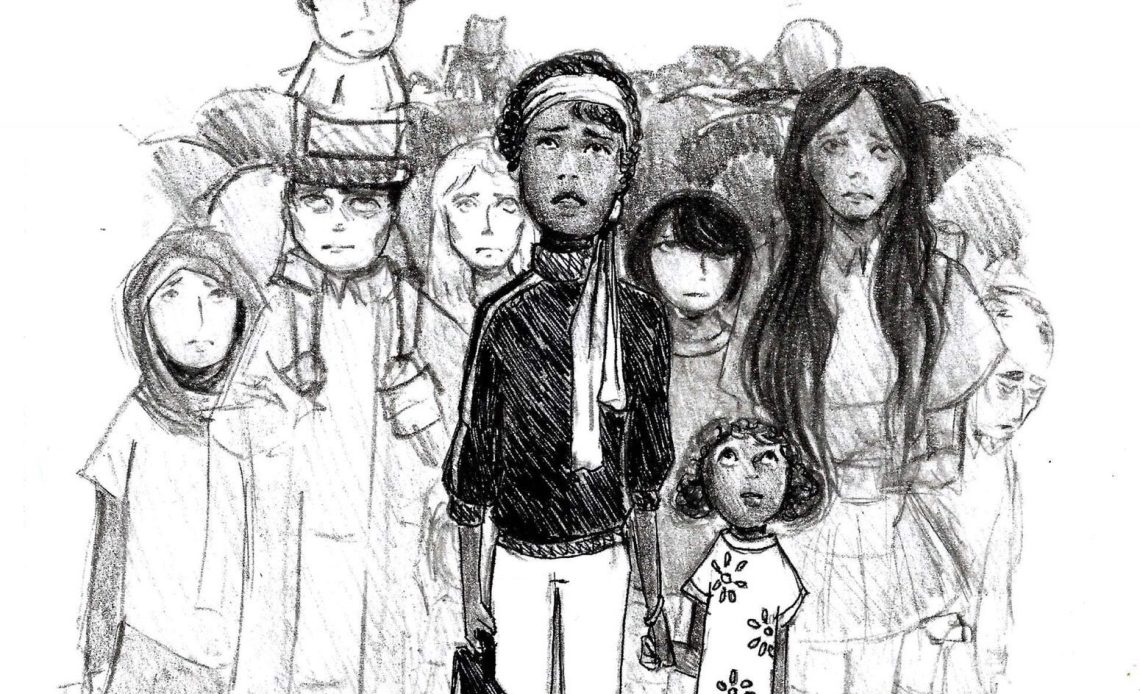 The history of the 20th century is marked by the rapid formation of a polarized world due to the ideological differences of the United States and the Soviet Union. This dichotomy forced many nations into one of three geopolitical categories: the First World, which categorizes capitalist nations; the Second world, a descriptor for communist countries; finally, the Third World, which is essentially everything else. The hegemony of these two distinct ideologies on international politics inspired many to begin considering other political models. The examination of the effects of this mainstream ideology on the individual is an important matter explored in Ursula Le Guin’s novel The Dispossessed: An Ambiguous Utopia. The science fiction text is centred on Shevek, a physicist attempting to revolutionize science with a powerful discovery, and the diametrically opposed societies of Urras and Anarres. Through symbols on the impacts of science, capitalism, and communism on the self, Le Guin transmits a potent message about political theories.

Urras’ structure resembles the geopolitical realities of the 1970s. A-Io is equivalent to the USA, the archetype for capitalist systems. Thu corresponds to the USSR. Due to a socialist revolution, its government controls the economy. There is also a Third World of unaligned poor nations. A particularly interesting territory, Benbili, stands as a metaphor for Vietnam. Indeed, when political turmoil occurs, both A-Io and Thu defend opposing sides of the conflict.

Urrasti society provides a clear example of what’s wrong with world according to Le Guin. In fact, the fictional planet resembles the context in which the author wrote the work while simultaneously revealing the macabre realities of this “alternate” universe to Shevek through its political amorality and overly sexual culture that oppresses women, all of which conveys the idea that the Cold War and past western geopolitical tensions are pushing the Earth towards depravity. The inequities of the divided planet are used to juxtaposed its societal model with Anarres.

Anarres, Shevek’s home, is the vehicle by which anarchist-socialist ideals are communicated in the novel. The colony was founded by the followers of Odo two centuries before the story takes place. It is her (Odo’s) written philosophies that guide the people of Anarres. These writings promote, on a societal level, an anti-capitalist economy and, on an individual level, liberty that rejects the idea of coercion. The desire to maintain a nonprofitable economy leads Anarresti society to become based on scarce resources. The value of communal regulations is shown through a refusal to advance the physicist’s groundbreaking research since it has the potential to challenge the political ideas in place. The inability to share his research leads him to travel to Urras where he hopes to be funded and supported more easily. While his assumption of support is justified, Shevek realizes that scientific inquiry is motivated my financial gain rather than public knowledge.

His eventual return to Anarres where he publishes his research is symbolic in many ways given the post-Cold War context. Through his journey, both Shevek and the reader realize that money, which can lead to moral depravity when not careful, isn’t the only path towards innovation and knowledge. The space occupied by scientific innovation in this narrative alludes to the desire of superpowers such as the USA to affirm superiority through financial potency as well as science. Indeed, an important dimension of the conflict between the First World and the Second World was the race to send a man to the moon. While the United States did ultimately win the race in the end, an even more important facet of this conflict was the handshake on the moon between astronaut Thomas P. Stafford and cosmonaut Aleksei Leonov. This symbolic gesture showed the world that a better society can be attained when the First World and the Second World cooperate and coexist peacefully. Likewise, Le Guin is attempting to communicate via Shevek’s journey that both Anarres and Urras are useful in the construction of a perfect utopia.

While Anneresti economic structures do encourage a more equal society, they don’t allow Shevek, a talent scientist, to strive properly. Therefore, how could one call such a society a perfect utopia? Shevek’s quest demonstrates how it is important to equally value the collective and the individual in order to create what could be an ideal world. However, as socialism and capitalism tend to always favour one versus the other, a more chaotic system, anarchy, is presented as the most viable solution. Indeed, a core principle of this political theory is unity across ideological boundaries, demonstrating that such unity is a path towards the formation of a union between the individual and the society.

Now that the potency of anarchy within the narrative of Le Guin’s 1974 novel has been thoroughly explored, what did I retain from my reading? Barring the numerous analogies to the US and the USSR, I perceive The Dispossessed: An Ambiguous Utopia is an attempt to counter all the pro-capitalist propaganda circulating in 20th century popular American culture. I found myself thinking of a notorious Batman villain while reading this work: the Joker. The villain, who is also an anarchist, firmly believes that society and politico-economic systems, capitalist or otherwise, are invented structures made to maintain an unjust status quo. In other words, society is a joke, so the villain questions why society is not descending into chaos and overthrowing the arbitrary system, as shown through this quote from the 2008 film, The Dark Knight: “Introduce a little anarchy. Upset the established order, and everything becomes chaos. I’m an agent of chaos. Oh, and you know the thing about chaos? It’s fair!” Often times, ideas like these are dismissed as being radical and evil, which is why the Joker was characterized as Batman’s foe in the 20th century comic. Le Guin acts against this norm by making anarchy a viable system in Shevek’s universe. Now that the tensions between the West and the East aren’t as blatant, it’s quite obvious that most of us don’t discuss the merits of other political ideologies as often. However, in this book, I believe Le Guin transmit a timeless message: do not let yourself get stuck in this binary way of seeing society. In the age where the news incessantly focuses on the never-ending conflicts between the progressives and conservatives, it is imperative to remember that there is so much more in between the two extremes of this ideological spectrum and outside of it as well.

Finally, aside from the apparent war between two predominant ideologies that govern western nations, The Dispossessed: An Ambiguous Utopia starts a dialogue about potential avenues towards societal change and quietude: anarchy. By imbuing anarchy, a symbol for chaos in mainstream culture, with heightened stability, Le Guin creates a sense of grand irony and ambiguity, which captivates her readers. In this deep exploration of political “chaos,” the possible war between the personal and the political is subtly brought forth. While individuals living in societies are partially governed by politics and ideology, it is imperative to realize that theories cannot always conform to the needs of complex human beings. The most important idea that Le Guin is perhaps conveying isn’t the need of an entire new system, but a balance between the needs of the “me” and the “we.”