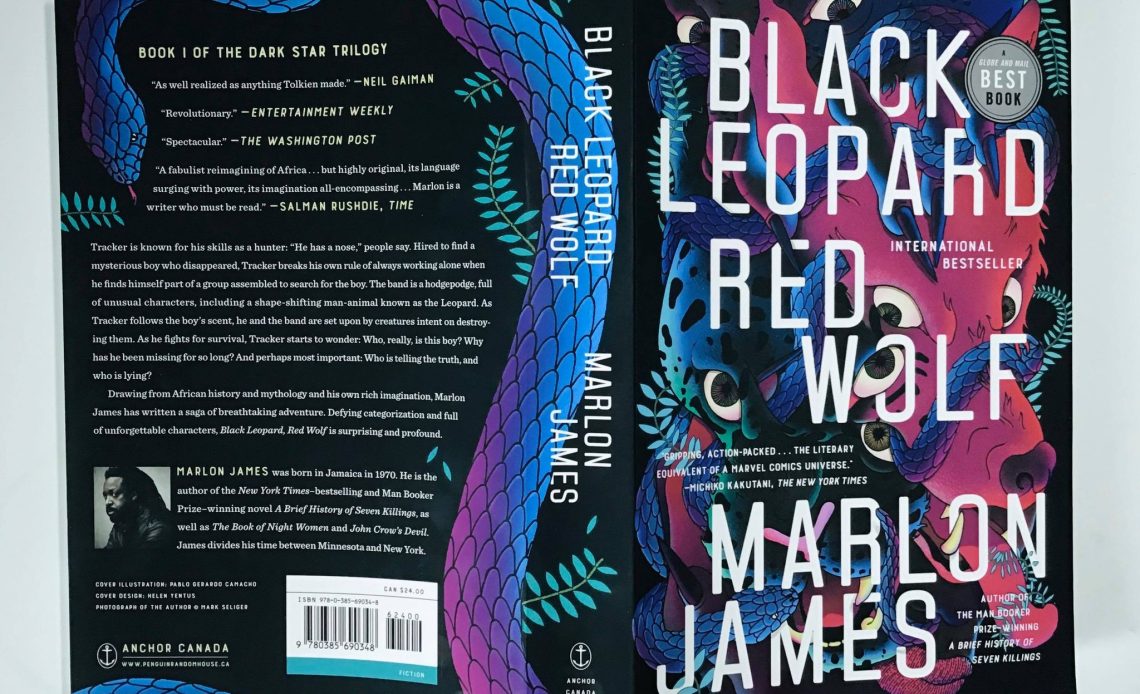 When Black Leopard, Red Wolf was released in early 2019, I distinctly remember witnessing the outpour of mixed reviews it received with great curiosity. The latest book by Marlon James, one of Britain’s most prized authors today, was projected to be one of the hottest releases of the year, especially after being lavishly praised from distinguished members of the literati, including characters of the likes of Neil Gaiman and Salman Rushdie. Nonetheless, after its monumental hype inevitably petered out, it has since solidified its position as a sort of love-it-or-hate-it, marmite book—along the vein of Hanya Yanagihara’s A Little Life, for example. The general consensus among readers remains sharply divided. Is the book an overly bloated passion project or a genre-defying masterpiece?

Despite my own high opinion of James’s work, I can’t say that I fully disagree with the book’s critics. This is a dense and difficult novel, even for experienced fantasy readers. There is no going around the text; it has to be faced head-on. Whatever your opinion of it, one thing that everyone can easily agree upon is that James has produced one of the most unique and subversive major fantasy releases in recent memory.

Following up his critic darling and Man booker winning A Brief History of Seven Killing—a deep-dive political historical drama—with an epic fantasy tome, the first instalment in a series no less, will seem bold and exciting to some and overambitious to others. However, all of James’s works have been sprawling epic novels of one kind or another, whether they be historical, political, or fantastical in essence. While his previous books have mostly been firmly grounded in reality, James finds the perfect ground to explore his long-abiding interest in the supernatural and folklore in the lush fantasy Sub-Saharan continent conjured between the pages of Black Leopard, Red Wolf. He truly gives it his all; the textured world he’s intricately crafted can rival any other popular high fantasy franchise in scope and detail. This first volume of his Dark Star trilogy follows two mercenaries, Tracker, the keen-nosed, titular “Red Wolf”, and the shapeshifting Leopard, both on an epic hunt to find a missing child.

Though James has jokingly called it an African Games of Thrones, the book itself subverts any easy classification. Part oral epic, part fabulist quest adventure, part fever dream, Black Leopard is a colossal undertaking, much more for its content than its length. Unlike what you might expect from a newcomer to genre fiction, not only does James not concede to any of the usual cliches that pervades in fantasy, he barely engages with those conventions at all. His brand of fantasy is almost entirely cut off from the genre’s deep-rooted Euro-American origins. Instead, James heavily steeps his story in African mythology and folklore, with its own particular magic system and menagerie of creatures. It’s inspiring to see a skilled and passionate writer like James bridge genres with such conviction and aplomb.

Black Leopard, Red Wolf is a relentless freight train of a book; jumping from place to place, recounting stories within stories, all the while introducing character after character. First time readers may find that merely holding on until the end will be an exhausting ordeal. Parts of it confuse and meander, some will feel vivid and dizzying like a wild acid trip, and others might make you reel back with their unbearably visceral detail. James does not hold your hand, but he is not above aiding readers who put in the active mental effort to crack this endlessly complex story. Black-and-white maps, drawn by the author himself, preface every section, and the expansive list of ninety something named characters will quickly become your lifeline.

Incidentally, despite its seemingly impenetrable nature, the story’s tantalizing mystery and the alluring voice of its unreliable narrator make the book a surprising page-turner. James’s proficiency as a storyteller beckons you to trudge through disorientation, frustration, and the many—and I cannot stress this enough—many grossly indulgent descriptions of gore and sex, in order to finally access the book’s staggering moments of narrative satisfaction. All of this is recounted with an economical yet often breath-taking writing style which hooked me from the very first page; the prose’s particular idiosyncrasies might not appeal to all readers, but in my mind, the writing alone is worth the price of admission. All things considered, James knows what he’s doing. The patient, involved reader will find themselves rewarded tenfold as they reach the final act.

In Black Leopard, Red Wolf, James delivers a thrilling and deeply sensorial reading experience unlike any I’ve undergone before. It is an impressive and layered examination of masculinity, sexuality, the nature of truth, and storytelling itself, and represents another bracing addition in this incoming momentous era in SF/F, where marginalized authors who have tried to challenge and expand the overwhelmingly white genre for decades are finally starting to get their much-deserved recognition. If you are a long-time fantasy reader actively looking for something different, I cannot think of a more worthwhile book to recommend to you. I am going to spend the next few years happily reading through Marlon James’s backlog as I, alongside the entire literary world, keenly await the next installments in his Dark Star Trilogy.