Gilead’s Last Will and Testament? 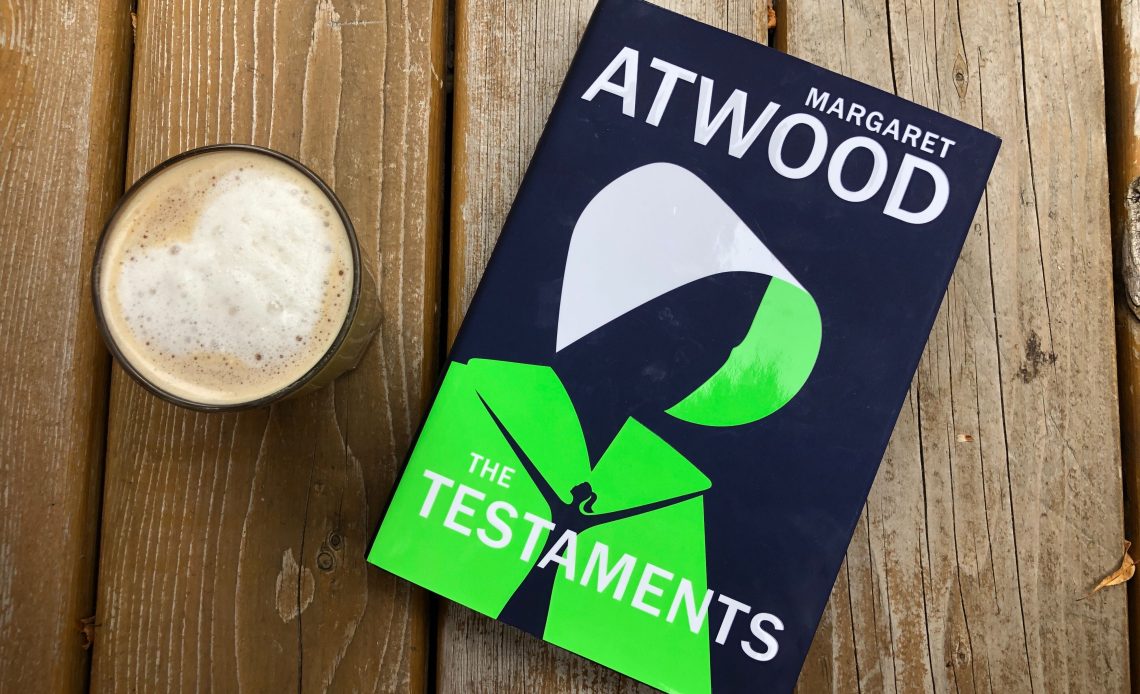 Margaret Atwood has stated for many years that she would not be writing a sequel to the Handmaid’s Tale, which was published in 1985. This past year, however, she chose to go back on her words, releasing The Testaments, in September 2019. When I first read The Handmaid’s Tale in the summer of 2017, the television show of the same name was only in its first season, and I struggled to think of how they might take Offred’s story forward from the ambiguous situation we leave her in at the end of the first book.

The 1980s, the era in which The Handmaid’s Tale was published, was dominated by a rise in right-leaning policies in the United States and was often characterized by the legislation of the Reagan White House. Many people were frustrated with problems found in aging cities such as overpopulation and pollution, but they did not feel paying high taxes towards social programs they felt were not effective was justified. Today, in the context in which The Testaments was written, we can see some of the same tendencies reflected in society including a resurgence in right-leaning policies in the current United States legislatures. There is a similar push and pull between groups, creating an unstable climate where progress is made and then unmade. Some places are improving access to women’s health while, at the same time, others block access to it. That is the premise of The Handmaid’s Tale: what if women’s rights and freedoms were removed to a point where those controlling them become a totalitarian regime; what if power is held and maintained in the hands of a group with extreme beliefs about women’s role in society? Recently, the growth in popularity of The Handmaid’s Tale has turned it into a political warning rather than high school assigned reading. Given the political and social climate, the timing of the publication of The Testaments is not accidental. As Atwood herself admits to the New York Times in a recent interview, she felt it was necessary to make a statement in today’s uncertain times and chose to do so by publishing her latest novel[1].

The Testaments takes place about 16 years after the end of The Handmaid’s Tale, with (for the most part) a different cast of characters. There are three different perspectives: one from Agnes, one from Daisy, and one from a familiar face from The Handmaid’s Tale, Aunt Lydia. Agnes is the daughter of an upstanding Gilead family. She was first brought up to be a Wife, later choosing to become an Aunt instead. Daisy, a Canadian teenager growing up in Toronto, is revealed to be the infamous Baby Nicole (from the television show). Finally, Aunt Lydia is given a backstory where we learn about her life prior to Gilead, and about how she obtained the power she wields in her role as a founding Aunt. I found the perspectives easy to follow since the different tones of the characters are well-written and distinctive. Unlike other stories with multiple perspectives, it is clear who is speaking. All three women have vastly different experiences from one another and from Offred, and these stories help bring the rest of Gilead’s women’s experiences to life and provide answers to any world-building questions. Several plots are ongoing, and at any given moment converge and diverge in a way reminiscent of old school espionage movies. The story-line is more hopeful in The Testaments, and this leads to a more concrete ending than The Handmaid’s Tale. We learn with certainty that Agnes and Nicole escape Gilead and go on to have families of their own, as opposed to the uncertainty of Offred’s escape in The Handmaid’s Tale. Atwood does keep to the idea of an academic discussion about the testimonies and lives of people in Gilead in the conclusion of The Testaments.

I think most people who enjoyed reading The Handmaid’s Tale will enjoy The Testaments. It answers many of the questions readers may have had about the world of Gilead and its neighbours after reading The Handmaid’s Tale, and it does so without distracting from the story. This sequel is familiar enough for readers to feel comfortable with the journey upon which they have embarked, but there is enough novelty for the story to keep the momentum of a standalone. For anyone who might feel worried that writing a sequel will ruin the first book, the choices and dynamics are different enough to avoid falling into that trap. As Atwood told the New York Times, one of the goals in writing the Testaments was to answer a lot of the questions about Gilead that came up over the years[2]. Personally, I found all my pressing questions were answered, although I did not set out a list after reading The Handmaid’s Tale. The most informative perspective comes from Aunt Lydia who, as one of the founding aunts, has many of the answers about how the consolidation of power by the commanders took place and how the power structure is maintained. Agnes’ perspective is not as informative as to the larger political conflicts, but it tells us about how the society is maintained from the inside, specifically how girls are brought up and trained for their roles. Finally, Nicole provides the answers to questions pertaining to the external world, despite her adoptive parents’ best attempts at keeping her sheltered from Gilead.

The hope woven into the story is the strongest theme, and I think the choice of younger protagonists is telling. It really feels like the pressure is on the younger generation to step up and make the changes, a demand which can feel overwhelming. It is an accurate perspective in many ways, especially with social media giving younger people a strong voice. Having a voice to speak out against something is the first step in bringing about social change on a large scale. The idea of speaking up and actively working to bring change ties into another point Atwood raised in the New York Times interview. She wanted to explore the possibilities of a totalitarian regime’s collapse. History seems to tell us that they always do, be it in Europe with the collapse of the USSR, or in Central and South America, as an ongoing process. Naturally, the situations between our experiences as North Americans is very different and the means of pushing for a change in legislation will be very different, but the sentiments hold true nonetheless. We feel compelled to clamor for the changes we want, and when that doesn’t work, we will disobey the law and take direct action, since the laws no longer feel fair and faith in the justice system has been lost.

The flipside is also present in The Testaments, showing us how being complicit to a belief system or merely complacent can greatly strengthen the likelihood of a world we do not want to see. Aunt Lydia, in particular, bears witness to this reality, and her internal conflicts reflect the costs of a fight for survival versus morals. This message, however, is harder to decipher, as we all, myself included, are focused on Lydia’s choice to help sabotage the regime from the inside, and naturally find ourselves cheering her on in this endeavour. It does well to remember that these actions are founded, at least in part, in self-interest in the form of protection against Commander Judd. While her actions can be seen as a form of redemption, they should not excuse her initial complicity in the construction of the regime and re-education of the women forced into it. Characters, as we should remember, are not always there for us to like or relate to. I felt it was important for me to be reminded that if I do not carefully weigh my decision, I too can be complicit.

These reflections keep me excited and eager to read speculative fiction, so if you enjoy reflecting on what you read long after finishing the last chapter, I think you would enjoy The Testaments. I also think that going in a different direction than the television show helps Atwood avoid the deception often associated with sequels. It is nice to fall back into a familiar environment and have some of the questions that remain from the previous novel addressed. However, the new characters have very different viewpoints and motivations, which retain the excitement that comes with a first novel.

The theme of hope, however, is the connection between the two stories. Offred’s hope to escape with her child, and Agnes and Nicole’s hope to bring down Gilead both speak to the reader with emotion, and the message is powerful. That kind of hope is also is what keeps people afloat in uncertain and trying times. Why else would Nicole and Agnes undertake such a dangerous journey? Why else would thousands of people undertake dangerous journeys to escape their conflict-ridden homes? As Atwood herself said, she chose to write The Testaments now because she felt it was necessary for her to take a stand now[3]. That hope is part of her stand, and it is an inspiring thing to look to in the face of what may feel like a smokescreen of chaos and uncertainty.

Alter, Alexandra. “I’m Too Old to Be Scared by Much: Margaret Atwood on Her Handmaid’s Tale

[1] Alexandra Alter. “I’m Too Old to Be Scared by Much: Margaret Atwood on Her Handmaid’s Tale Sequel,” The New York Times, September 10, 2019

[2] Alexandra Alter. “I’m Too Old to Be Scared by Much: Margaret Atwood on Her Handmaid’s Tale Sequel,” The New York Times, September 10, 2019

[3] Alexandra Alter. “I’m Too Old to Be Scared by Much: Margaret Atwood on Her Handmaid’s Tale Sequel,” The New York Times, September 10, 2019

Heart of Fire, Iron Will: the unbeatable Iron Widow