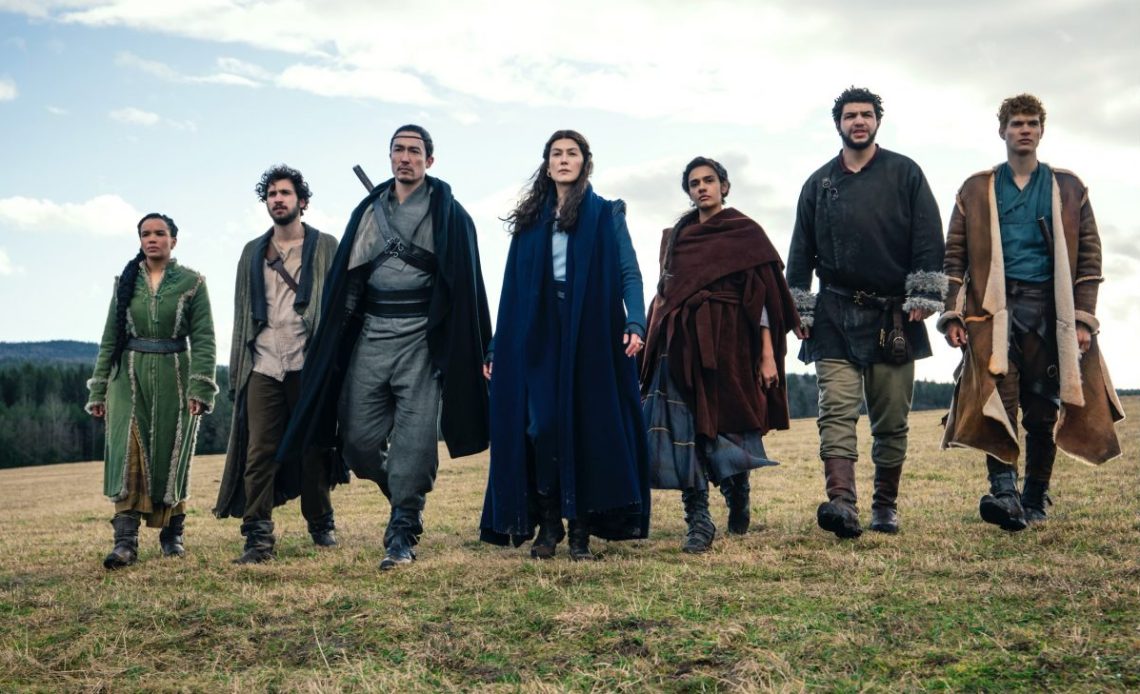 “There are neither beginnings nor endings to the Wheel of Time. But it was a beginning.”

As a devoted Wheel of Time fan, I was ecstatic to finally sit down and watch the first three episodes of Amazon’s television adaptation. Much like The Eye of the World, the first book in the series on which this first season is based, there is an immense amount of exposition to get through. Unfortunately, there is not enough time to give it its due justice on screen.

The show is based on Robert Jordan’s epic fantasy series of the same name, which spans 14 books (15 if you count the prequel), each of which are over 500 pages long. Jordan’s world is rich—and sometimes overwhelming—in its sheer number of places, cultures, heroes, and villains. Time is also cyclical in The Wheel of Time. People are reborn, and the fight against the Dark One—the story’s mysterious antagonist—is one that has been fought many, many times before, and will be fought again in the future, but its outcome is always uncertain. The Dragon Reborn is a prophesied hero who is reincarnated every time this great battle draws near. Only he has the power to face the Dark One, and save the world—or break it.

‘Leavetaking,’ the first episode of the TV show, follows Moraine Damodred (Rosamund Pike), a member of the all-female organization of powerful sorceresses called the Aes Sedai, and her warder Lan Mandragoran (Daniel Henney) on their quest to find the Dragon Reborn. They reach Emond’s Field, a remote village, and find five young adults, one of whom is the prophesied hero they are looking for, though they do not yet know which of them it is.

The highlight of the first three episodes is the outstanding performances by the lead actors. Rosamund Pike provides the perfect amount of cold and distant otherworldliness that Moiraine embodies in the books (but really, who would have expected anything less than greatness from Pike?). Henney’s Lan is just as truthful to his book counterpart, and he has incredible chemistry with Moiraine. In an epic fight against Trollocs (bestial creatures similar to orcs) in the first episode, they fight together in perfectly coordinated movements. The bond between an Aes Sedai and her warder is deep and sacred, and each of their interactions perfectly captures this.

The five Emond’s Field villagers (known as the Emond’s Field 5 among fans) are the heart of this adaptation. Rand (Josha Stradowski), Perrin (Marcus Rutherford), Nynaeve (Zoë Robins), Egwene (Madeleine Madden), and Matt (Barney Harris) have fantastic chemistry, making it easy to believe that these characters grew up together. Like Moiraine and Lan, they speak and act just as I imagined they would. Barney Harris is exceptionally brilliant as Matt, bringing even more depth and nuance to the character than he has in book 1. When Moiraine tells these villagers that they must leave their home because one of them is the Dragon Reborn, Matt responds with, “have you fully lost your mind?” This has to be the most relatable and hilarious response a character has ever had after being told they might be the Chosen One.

The main problem with these episodes is the pacing. Rafe Judkins (the producer and showrunner) and his team must be forgiven for eliminating a lot of details from the books. However, there is so much material to get through in so little time that the first three episodes feel somewhat clunky. The acting is phenomenal all around, but viewers are not given enough time to sit with the characters and appreciate just how much trauma they go through in being forced to leave their entire lives behind in the first episode.

The second and third episodes are slight improvements on this front. Once the characters are on the road, we get more interactions between them that establish the dynamics of the group. For example, a touching moment occurs in episode two when Matt comforts Perrin as he grieves for someone he lost during the Trolloc attack in episode one.

So many other elements demand attention, but they will have to be addressed in reviews for upcoming episodes. Overall, the show has a rough start, but it also holds much potential. Visually, there is no doubt that this show aims to be grand and epic (the breathtaking opening credits are a testament to this), but no story can survive without compelling characters bringing the world to life. Hopefully, the next episodes will grant more time to each of the main characters to allow them to shine.

What did you think of the first three episodes of The Wheel of Time? And keep your eyes open for weekly reviews of future episodes!