The End and The Way: Ursula K. Le Guin’s The Left Hand of Darkness 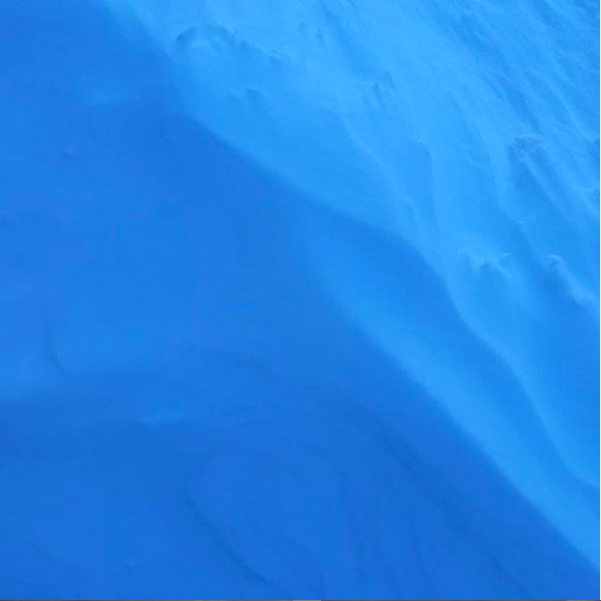 A Sci-fi newbie might approach one of the most iconic and beloved science-fiction classics with a bit of trepidation. Ursula Le Guin’s 1969 novel, The Left Hand of Darkness opens in a land of ice and rain. Gethen is a planet where the weather is consistently extremely cold, with glaciers and snow covering vast portions of its lands. It has long been its inhabitants’ quotidian environment, and both their culture and bodies have adapted to these harsh conditions; it is no coincidence that its alternative name is Winter. Furthermore, we learn that Gethenians’ fundamental human characteristics and attitudes are remarkably peculiar, namely their approach to gender and sexuality. They, unlike the great majority of the people living on countless other planets of this universe, are dual-sexual; both man and woman, shifting between the two. An envoy from the planet of Terra, Genly Ai, is puzzled by this foreign planet’s alternative political and social ways (for example, both sexism and war are non-existent concepts for the Gethenians).

Genly’s unlikely bond with a Gethenian exiled from his native country, Estraven, speaks to a larger idea highlighted throughout Le Guin’s numerous works: embracing the Other. These two contrasting individuals initially face one another with awkwardness, mistrust, and even judgement. However, when one carefully peels away the superficial, Estraven and Genly are, at their core, not so dissimilar after all. Indeed, it even becomes increasingly evident that they need each other if they want to come close to accomplishing their shared goal. When at last they join forces and go on an arduous journey to bring Gethen to a new epoch, lingering doubts and judgments melt away, and they begin to respect each other. Genly and Estraven reconcile their individual differences and finally find unity in their unique camaraderie and blossoming intimacy. It is clear by the end of the book that, without this friendship, everything would have been for naught.

Superficially, we relate to nothing in the futuristic, unfamiliar universe of The Left Hand of Darkness: its Gossiwors and ansibles, its complicated time system, its endless planets. However, digging in a bit more, one soon recognizes feelings, problems, societal conflicts that feel all too familiar. We understand alienation and miscommunication and culture shock; we understand the uncomfortable pressures of gender roles, and we understand the frustrating nature of uncertainty, of not knowing what the future holds and whether the risks we take will make our efforts worth it in the end. These themes, and many others, are woven into a compelling and ornate story with a deft and practiced hand. Le Guin’s clear, bright prose cuts ice-sharp, yet it still manages to hold both beauty and precision whilst never seeming overworked. Alongside chapters from both Genly’s and Estraven’s respective perspectives, we get fragments peppered throughout the book of the old tales of the Gethenian people. They are fascinating bits of insight into this people’s culture that emphasize the importance of our two heroes’ journey. Their shared goal is the next piece in the course of a much larger narrative. Therefore, while we read these stories of the past, we are also witnessing another, newer chapter in the history of Gethen, that of Genly and Estraven. Their relationship speaks to another central message: the Other is not the enemy. Division breeds strife and stasis. However, unity creates strong and meaningful connections, powerful enough to transform the world. History is never past; history is written every day, every hour, every second, and the seed that could bring about change can take root in even the most unlikely people.

Though plot-driven science-fiction has been endlessly criticized for its overuse of tropes, for being showy and derivative, Le Guin’s magnum opus stands out in the genre for its fully developed characters, bold use of themes, and the authenticity of her storytelling. Science-fiction, as a genre, has the ability to distill the human experience and render it into narratives that describes reality by means of fiction – or in Le Guin’s words – by telling true lies. Thus, a work of science-fiction can still truthfully comment on and portray people’s behaviors and inner struggles, even while throwing some light-sabers into the mix. Sometimes, it is only when realities are exteriorized that we are able to recognize our own wrongdoings and our society’s immoralities. As the great Oscar Wilde once said, “Man is least himself when he talks in his own person. Give him a mask, and he will tell you the truth” (Wilde). When we find astonishing reflections of ourselves in works of such outlandish fiction, it is that very unexpected genuineness that moves us so deeply and that makes the genre so compelling.

Le Guin’s masterpiece did not merely sit pretty in its own niche; the novel’s subversive genius has earned it acclaim and praises from other literary giants (like the great Frank Herbert) and from social critics who commend it for its feminist overtones and its message of unity over division. In addition, it has won its author both the Hugo and Nebula Awards (one out of many times in Le Guin’s expansive career). The renowned publishing project Library of America has released, in recent years, Le Guin’s entire body of work, cementing her as an important voice not only amongst science-fiction writers but in American literature as a whole. Le Guin’s masterpiece is still read and cherished today because it talks about universal themes and of messages that breach our fabricated barriers and continue to inspire and awe newer generations of readers. This year marks The Left Hand of Darkness’s fiftieth publication anniversary, yet time has not weathered its effectiveness or diluted its potency. Rather, it has proven itself to be one of those enduring classics that remain unfailingly relevant in our own ever-shifting reality. Le Guin’s message of “embracing the Other” has perhaps never been more crucial. Our present world seems simultaneously overexposed and pregnant with dark, ominous apprehension. When our societies seem riddled with division, united only in fear and in resentment, books like The Left Hand of Darkness become essentials because they are such immeasurably important sources of solace. After reading Le Guin’s masterpiece, you feel as though you might see just a few more intimations of the future through a slightly less distorted glass; you can just about make out the struggles that are sure to come, but the spaces between the darkness still burn with the unbeatable fires of the human spirit. Then, you can perhaps find the courage to still hope for better and more beautiful things for the generations to come. Even during the most bitter and barren of winters, these small things will matter, as long as our hearts still yearn for the coming of summer.

Heart of Fire, Iron Will: the unbeatable Iron Widow